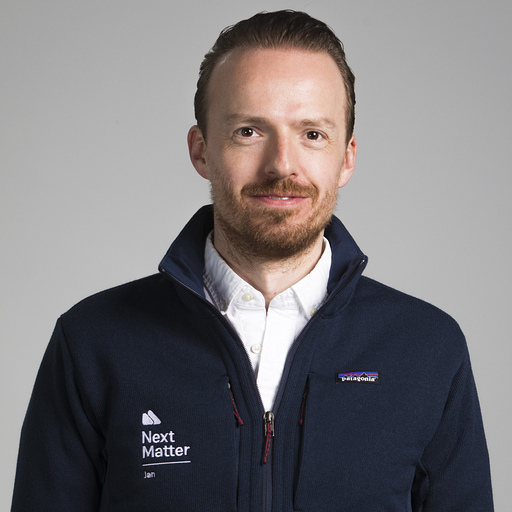 To view the original release in TechCrunch, click here.

‍
Berlin, 14 June 2022: Next Matter, the category-defining end-to-end automation platform for operations, has raised $16m in a Series A funding round led by OMERS Ventures to expand its fully remote team from 15 to 75 with a particular focus on the US, where a third of its customers are now based.

It follows 25% growth month-on-month for the Berlin-based startup since the product’s full launch last year with monthly active users growing 344% quarter-on-quarter. Given the current economic climate, operational excellence and resilience have become top of mind and Next Matter has seen demand explode for its automated operations management system across a number of different industries. The platform counts stock trading platform Trade Republic, US ecommerce growth solution Spreetail, insurtech giant wefox, and US car marketplace leader Shift.com among its growing customer base.

Founded in Berlin in 2018 by Jan Hugenroth, Next Matter is the first of its kind - a modern purpose-built cloud platform for operations. Next Matter is a solution to problems Hugenroth experienced as an operator and advising operations teams at global consultancy firm McKinsey for over a decade before starting Next Matter. Hugenroth found the companies he was working with were forced to use a patchwork of spreadsheets, email and chat tools to run operations across business departments which were too general purpose and not designed with operations in mind. Similarly, even when companies scaled, they were having to use custom code and their own bespoke tools which are disproportionately expensive to build and maintain. In fact, it is estimated that somewhere in the region of $3 trillion is lost on these operations tasks per year in the US alone, with over 50% of time spent per week per employee on coordination work.

Hugenroth saw the need for a cloud-based universal platform with a modular base that could be tailored to each customer’s unique operations needs. After successful pilots, Next Matter officially launched in 2021. Customers such as Trade Republic have saved 90% of the resources they were previously putting into operations which can be channeled into other areas of the business. Similarly, customers have found they have proper oversight of the operations they run on Next Matter, helping them to ensure high quality outcomes and prevent costly mistakes.

Where legacy companies like Salesforce or SAP work to optimise a company’s sales or finance departments, Next Matter orchestrates critical workflow across all departments to provide an operating system connecting a business's operations across departments. By integrating with a company’s existing tech stack, such as HubSpot, Slack, and Zapier, Next Matter is able to seamlessly link employees and their tools together no matter their role in the company. The platform’s simple and easy to use drag-and-drop interface allows users to automate and orchestrate any scenario imaginable, either from scratch or based on Next Matter’s extensive library of best practice operations templates.

What sets Next Matter apart from other tools such as workflow, integration, or task management software is that it combines all of these into one platform, purpose-built for operations teams. For instance, Next Matter customer Carvolution provides car rental services, which requires a series of operations steps involving different people, teams, systems and external parties before a contract can be signed and you can drive away. With Next Matter this critical operations process was automated and is now orchestrated on autopilot, cutting down on countless emails,tools and human interventions to streamline back-office processes as well as critical, customer-facing processes, driving both efficiency and customer experience improvements.

Next Matter’s strengths also extend to the speed of the onboarding process as well as its dedication to customer care. Within days of signing up, new customers will have a kickoff meeting with a Next Matter team member - all former operations consultants themselves - to tailor the platform to their exact needs and help build their operations processes from the ground up or based on best practice templates. On average, most of a company’s operations processes can be built and automated within a few hours compared to the hundreds it could take for legacy platforms. The Next Matter team will then organise regular check-in meetings to ensure a new customer is getting the most out of the platform. This highly tailored, hands-on no-code approach is at the heart of Next Matter’s core belief that a company’s operations are highly unique and need a similarly bespoke platform.

Next Matter’s rapid growth follows a boom in the global low and no-code development markets  which has seen new startups develop solutions in everything from enterprise app building and marketing analytics to web development and game production. Last year, the global low-code development market was valued at roughly $10 billion, a figure that’s projected to rise to $187 billion within a decade as the sector continues to surge.

‍Jan Hugenroth, Founder of Next Matter said: “Ever since my days as a consultant, I’ve been aware that operational excellence can make or break a business. But there has been a sustained lack of innovation taking place in the operations space, with companies forced to put together patchwork solutions that leave much to be desired. That’s why we built Next Matter because we realised the only solution was a platform designed from the ground up for operations teams everywhere. I’ve been taken aback by the feedback we’ve received from customers but we are only getting started on our journey. We’re delighted to have found a partner in OMERS Ventures who fully understands the scale and potential of the operations problem we are solving and the need to take a long-term perspective to solve it with us.”

‍Harry Briggs, Managing Partner at OMERS Ventures said: “Operations is such an integral part of a company’s day-to-day success as a business that it is bewildering that before Next Matter we hadn’t seen a purpose-built end-to-end cloud solution. We can see the proof of the product’s value in the rapid growth it has seen in the last 12 months and that growth is testament to the experience, dedication and drive of Jan and his team. We can’t wait to see where Next Matter goes next as they look to rapidly expand the business in the US and other territories.”

‍Ciaran O’Leary, General Partner BlueYard Capital said: “Anyone that’s worked in a business of any size knows the value of operational efficiency but it wasn’t until I met Jan and the Next Matter team that I realized how hamstrung operations teams have been up until now. Using a patchwork of spreadsheets and chat tools to run operations across many different departments is not only a frustrating experience but is often costing teams huge amounts of money in the process. By providing an automated universal cloud-based platform that is tailored to each customer’s unique operations need, Next Matter is truly a category-defining piece of software and one that we’ve been delighted to support as it goes from strength to strength.”

‍Scott Sage, co-founder and partner of Crane Ventures said: “Jan and the Next Matter team are proof that there is no substitute for in-depth understanding of a problem when building a business. In using all their operations experience to build software that solves a hugely expensive problem for businesses they have created the right product at the right time. Their success has been stratospheric with 25% growth month-on-month and we’re delighted to join them on their journey helping businesses achieve operational excellence.”

‍Next Matter empowers organizations and people to do their best work every day by providing a modern, automation and orchestration platform for operations with the powerful functionalities of enterprise software. The company was founded in 2018 by ex-McKinsey operations expert Jan Hugenroth on the belief that there is a better way to run operations, with reliable and easy-to-implement automation and orchestration technology. Next Matter is backed by venture capitalist funds OMERS Ventures, BlueYard Capital and Crane Venture Partners and headquartered in Berlin, with remote team members based in eight countries and nine cities around the world.

Get the latest operations thinking and Next Matter updates once a week.

You've subscribed to the
Next Matter blog.
Oops! Something went wrong while submitting the form.

Get operations strategy and automation hacks delivered to your inbox – every week!

Subscribe to the Next Matter blog
We've added you to the Next Matter newsletter!
Oops! Something went wrong while submitting the form.
Platform
OverviewWhy Next MatterHow it WorksUse CasesConnected OperationsIntegrationsPricingCompareSecurity & PrivacySystem Status
Customers
Customer OverviewCustomer Stories
Resources
Blog

The Operations Automation Playbook
Company
About usCareersNewsSend an email